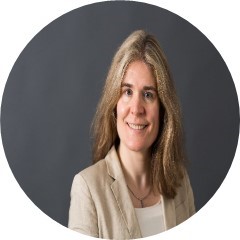 My research focuses on the identification of neural correlates underlying the symptoms of specific abnormalities in emotion processing in psychiatric conditions including bipolar disorder and major depressive disorder. I have authored or co-authored more than 300 publications, with a specific emphasis on the development of a comprehensive neurocognitive model of all components of emotion processing, to further understand the nature of the specific abnormalities in neural systems underlying emotion processing predisposing individuals to mood and anxiety disorders. Since joining the Department of Psychiatry at the University of Pittsburgh as a full-time faculty member in July 2005, I have built a team of junior researchers who work with me in neuroimaging research in mood and anxiety disorders. My most recent research includes examination of infant affective neural circuitry, the use of transcranial direct current stimulation as a modulator of neural circuitry underlying reward and emotion processing in bipolar disorder, and patterns of neural circuitry function and structure underlying specific dimensions of behaviors predisposing to poor clinical and functional outcomes in young adults. I have extensive expertise in cooperating systematically with relevant organizations to conduct research and have been successful implementing and managing complex neuroimaging research protocols and data analyses.

Using multimodal neuroimaging, my laboratory is examining the longitudinal development of prefrontal cortical-striatal-amygdala emotional regulation and reward processing circuitry in youth at risk for mood disorders, including Bipolar Disorder, to identify neural predictors of future risk for these disorders. We have shown elevated activity within and functional connectivity between the amygdala and dorsal anterior cingulate cortex during emotional regulation in familial at-risk youth, which likely reflect an inefficient emotional regulation mechanism, and abnormal fiber alignment white matter tracts between these regions in these youth. Longitudinal analyses of neuroimaging and clinical data over 2.9 years’ follow up further indicate progressive increases in the magnitude of these neural activity and functional connectivity measures in youth at familial risk for these disorders who show worsening affective lability, a key prodromal feature of Bipolar Disorder and other mood disorders. We are now examining whether white matter structure in this circuitry in early infancy predicts future emotional regulation capacity, and how longitudinal changes in emotional regulation circuitry function in familial at-risk youth are associated with worsening severity of prodromal symptoms of mood disorders, and conversion to Bipolar Disorder.